By Christine Rosen, The New Atlantis 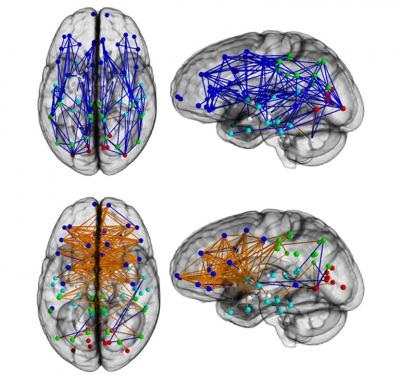 In one of the many letters he wrote to his son in the 1740s, Lord Chesterfield offered the following advice: “There is time enough for everything in the course of the day, if you do but one thing at once, but there is not time enough in the year, if you will do two things at a time.” To Chesterfield, singular focus was not merely a practical way to structure one’s time; it was a mark of intelligence. “This steady and undissipated attention to one object, is a sure mark of a superior genius; as hurry, bustle, and agitation, are the never-failing symptoms of a weak and frivolous mind.”

In modern times, hurry, bustle, and agitation have become a regular way of life for many people — so much so that we have embraced a word to describe our efforts to respond to the many pressing demands on our time: multitasking. Used for decades to describe the parallel processing abilities of computers, multitasking is now shorthand for the human attempt to do simultaneously as many things as possible, as quickly as possible, preferably marshalling the power of as many technologies as possible.

In the late 1990s and early 2000s, one sensed a kind of exuberance about the possibilities of multitasking. Advertisements for new electronic gadgets — particularly the first generation of handheld digital devices — celebrated the notion of using technology to accomplish several things at once. The word multitasking began appearing in the “skills” sections of résumés, as office workers restyled themselves as high-tech, high-performing team players. “We have always multitasked — inability to walk and chew gum is a time-honored cause for derision — but never so intensely or self-consciously as now,” James Gleick wrote in his 1999 book Faster. “We are multitasking connoisseurs — experts in crowding, pressing, packing, and overlapping distinct activities in our all-too-finite moments.” An article in the New York Times Magazine in 2001 asked, “Who can remember life before multitasking? These days we all do it.” The article offered advice on “How to Multitask” with suggestions about giving your brain’s “multitasking hot spot” an appropriate workout.

But more recently, challenges to the ethos of multitasking have begun to emerge. Numerous studies have shown the sometimes-fatal danger of using cell phones and other electronic devices while driving, for example, and several states have now made that particular form of multitasking illegal. In the business world, where concerns about time-management are perennial, warnings about workplace distractions spawned by a multitasking culture are on the rise. In 2005, the BBC reported on a research study, funded by Hewlett-Packard and conducted by the Institute of Psychiatry at the University of London, that found, “Workers distracted by e-mail and phone calls suffer a fall in IQ more than twice that found in marijuana smokers.” The psychologist who led the study called this new “infomania” a serious threat to workplace productivity. One of the Harvard Business Review’s “Breakthrough Ideas” for 2007 was Linda Stone’s notion of “continuous partial attention,” which might be understood as a subspecies of multitasking: using mobile computing power and the Internet, we are “constantly scanning for opportunities and staying on top of contacts, events, and activities in an effort to miss nothing.” Full article

See also a Stanford Study on the same subject