By Ryan Beville, GMO Inside 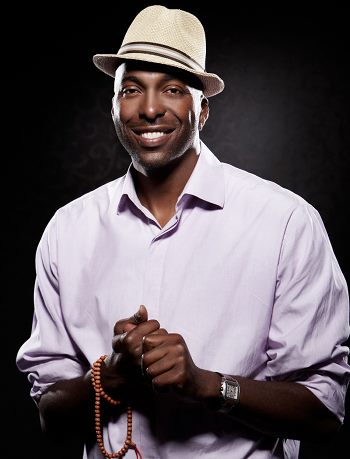 Here is an excerpt from a interview with former NBA player and current Fox Sports Host, John Salley.

I know you were not always a wellness advocate or conscious consumer. When and how did you start thinking about the foods you were putting in your body?

When I was a rookie in the NBA, there was a veteran guy named Adrian Dantley -I sometimes call him AD or Teacher – who was my roommate. Back then you had roommates, and they had rookies rooming with the vets so you could learn from them, but really they just had you carry all of their bags and stuff.

We were in Milwaukee for an exhibition game, and AD offers to buy me lunch one day. I ordered a cheeseburger with fries and a chocolate shake. This was at 1:30 in the afternoon and we have a game at 6. He orders a sandwich, and he eats half of it, and then saved the other half of the sandwich to eat at 4:30.

When we get our food, I immediately gobble it all down! Well, after I eat all of that so fast, I am dead tired and want to take a nap before our game.

I take this nap and wander into the gym like 10 minutes before 6. AD had been there since 5:30. He had been stretching, getting heat packs to loosen up, and taping his fingers. So he has just been focusing, stretching, and breathing and I get there still sleepy, and my body is still trying to digest all of that nastiness.

Now I am in the game playing against this guy named Jack Sikma, and he was a methodical, and tall, and slow guy… he was like Herman Munster with blonde hair. That night though, he was beating me up and down the court, making me chase him around. So as this is happening, I get an attitude problem, I am making faces, I am arguing with the referee, and I am getting my ass handed to me. My coach, Chuck Daley, takes me out of the game, and I will never forget this, AD looks at me and just says “How is that hamburger helping you now?”

I’ll never forget it! That is because the answer to that question is; It is not! I had red meat, fried potatoes, sugar, oil, and dairy products in me, and AD looks at me and says, “Your stomach is this big (makes a fist), and you put a plate of food in it that is bigger than that and you barely chewed it! Your body is going to need two days to digest that! You are never going to have enough energy to play this game while dealing with that.”

I changed the way I ate from that point on.

It was not all at once though. It took me until 1991 to get into microbiotics, and I transitioned from vegetarianism, and then veganism, and now I am going more raw. It has taken me 21 years to transition, but I imagine that if I would have been eating what my body could have used as energy as opposed what was stopping my body in its tracks as it was trying to break things down, I would have been a way better ball player, and a way healthier person.

Now I talk to ball players, and they have no idea I am almost 49. This is because I don’t use my body as a storage bin.

I am constantly putting the right gas in the Ferrari. Full article