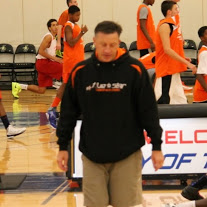 Attaining elite performance is easy to talk about, filled with blood, sweat, tears and failure.  It is a road less traveled.  Over the last 20 years, Stephen McCarthy has been involved in the sports community in Minnesota.  He started his journey as a young sports junkie in Spring Lake Park, MN. Attempted to play pro golf, while training young athletes. He has worked with over 10000 young athletes through the years, some have gone on to compete at a high level. Others have not.

Today on the show, Stephen discussed his thoughts on on attaining elite performance related to training, nutrition, sleep, recovery and the digital age.   He described a path to elite performance that he has seen numerous athletes travel.

For the complete story and philosophy, listen here.

In the second hour, Lindsey Berg of USA Volleyball joined the show to tell her story of growing up a coaches kid to the Gold Medal Game at the London Olympics.  Her story and successes are amazing similar to the philosophies at The McCarthy Project.  Could that be just a coincidence? Or truth?

2 thoughts on “Elite Performance and The McCarthy Project”